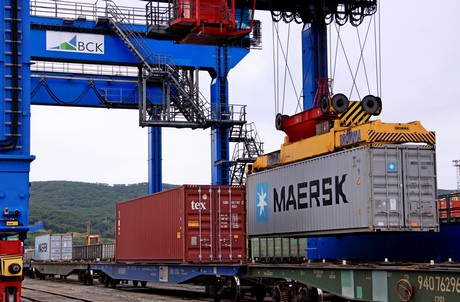 Maersk has completed the first voyage of its new combined sea and rail service connecting shippers in Asia with ports in northern Europe via a transcontinental rail journey.

Containers from various Asian export ports are shipped to Vostochniy in Russia’s far east, where they are transferred to rail for a nine-day journey to St Petersburg.

The final leg of the voyage involves containers going back on to the sea for the final shortsea connection between St Petersburg and European ports.

The first AE19 service carried Korean cargo loaded in Busan destined for the Polish market. The service can also connect Japan and other Asian origins with several other ports in Europe close to St Petersburg, such as Bremerhaven in Germany or ports in Scandinavia and Baltic countries.

The total transit time using the AE19 service from Busan to Gdańsk is 18 days, less than half the time of the conventional ocean only service on that corridor.