US box imports surge again ahead of tariffs

Container traffic rebounded in July and August ahead of 1 September duty hike, with a further spike expected in November driven by the scheduled December rise in duties on Chinese products 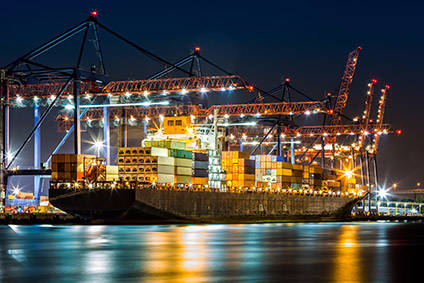 Imports at major US container ports reached unusually high numbers just before new tariffs on goods from China took effect on 1 September and are expected to surge again before another round of tariffs takes effect in December, according to the monthly Global Port Tracker report released yesterday by the National Retail Federation (NRF) and Hackett Associates.

“Retailers are still trying to minimize the impact of the trade war on consumers by bringing in as much merchandise as they can before each new round of tariffs takes effect and drives up prices,” observed NRF vice president for supply chain and customs policy Jonathan Gold. “That’s the same pattern we’ve seen over the past year, but we’re very quickly going to be at the point where virtually all consumer goods will be subject to these taxes.

“The upcoming October talks with China are an opportunity to put a stop to this escalation, repeal the tariffs that have been imposed, and focus on growing the economy.”

New 15% tariffs on a wide range of consumer goods from China took effect at the beginning of this month and are scheduled to be expanded to additional goods on 15 December – covering a total of about $300 billion in imports, the NRF highlighted. In addition, 25% tariffs on $250 billion worth of imports already imposed over the past year will increase to 30 percent on 1 October.

Hackett Associates founder Ben Hackett commented: “The tariff war with China closely resembles a poker game, with each country continually upping the ante. As each side eyes its hand, things can only get worse.”

US ports covered by Global Port Tracker handled 1.96 million TEU in July, the latest month for which after-the-fact numbers are available. That was up 9.1% from June and up 2.9%, year-over-year.

Likely driven by the new tariffs scheduled for December, November’s 1.97 million TEU would be the highest monthly total since the record 2 million TEU seen in October 2018.

Global Port Tracker, which is produced for NRF by the consulting firm Hackett Associates, covers the US ports of Los Angeles/Long Beach, Oakland, Seattle and Tacoma on the West Coast; New York/New Jersey, Port of Virginia, Charleston, Savannah, Port Everglades, Miami and Jacksonville on the East Coast, and Houston on the Gulf Coast.

As reported yesterday, although European exporters also enjoyed some positive effects from the US-China trade tussle in the early months of 2019, these benefits are predicted to be short-lived if the tensions ease and as the effects of the US-China trade war further impact the global economy, with key EU economies already flatlining or contracting – or if EU countries themselves are targeted more aggressively by the Trump administration.

Analysis in the latest Global Port Tracker by Hackett Associates indicate that Northern Europe’s top six box ports handled just over 3.8m teu in June, a 4.2% increase over the same month in 2018 but a 3% fall in volumes compared with the prior month of May this year. The report, covering container throughputs at Hamburg, Bremen/Bremerhaven, Rotterdam, Antwerp, Zeebrugge and Le Havre, said that total imports to Europe decreased by 2.7% in June, with a 0.1% dip in North Europe (up 2.1% year-on-year) and a 6.7% slide in the Mediterranean and Black Sea region (up 1.5% year-on-year).

However, overall container traffic growth for the leading half dozen ports in northern Europe reached 5.3% in the second quarter of 2019 compared with like period 2018, which the report stated is the highest year-on-year growth since late 2017 and “much higher” than in the major ports in China (4.0%) and the US (2.2%). US ports experienced strong growth in late 2018, but in the second quarter of 2019 growth dropped to the lowest rate during the presidency of Donald Trump.

With the main EU economies currently flatlining or already contracting, Hackett projected that the second half of 2019 will see North European imports “barely hold on to positive growth” and that the first half of 2020 will be “negative”.

He commented: “The tit for tat tariffs between the US and China and the threat of sanctions of friend and foe alike have led the global economy to a downturn domestically and reduced global trade. We have been warning that the economic climate has not been favourable for some time.

“Germany and the UK have had negative growth in the most recent quarter, Italy is de facto in recession, France is slowing down, China is facing slowing growth and declining exports not only with the US but with Europe and Southeast Asia as well. Singapore is facing negative growth. These signs can no longer be put aside and ignored.

He noted that in China, industrial production growth was “at the lowest rate since 2002, as the rounds of tariff increases are biting both protagonists”, adding: “In the event of a recession, there are precious few tools available. Interest rates are already rock bottom and investment is sluggish. Keep an eye on the dollar, its strength is not due to the US economy, rather it is the currency safe haven.

“We see the repercussions of this in declining growth rates in the container shipping markets. Peak seasons are not appearing, freight rates are declining despite a lot of capacity having been withdrawn for cleaner operations in anticipation of the 2020 ship pollution regulations.”