US and China agree 'phase one' trade deal 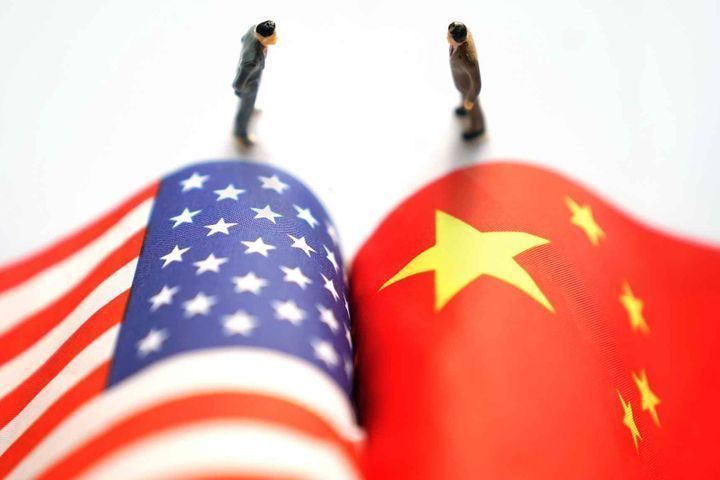 The United States and China have reached “an historic and enforceable agreement” on a 'phase one' trade deal, according to The Office of the United States Trade Representative (USTR).

It raises hopes that a resolution is in sight to end 18-month long commercial hostilities between the world’s largest two economies.

The 'phase one' agreement makes provision for structural reforms and other changes to China’s economic and trade regime in the areas of intellectual property, technology transfer, agriculture, financial services, and currency and foreign exchange

It also encompasses an 'Expanding Trade' chapter which  includes commitments from China to import various US. goods and services over the next two years in a total amount that exceeds China’s annual level of imports for those goods and services in 2017 by no less than $200 billion.

China’s commitments cover a variety of US manufactured goods, food, agricultural and seafood products, energy products, and services. China’s increased imports of US. goods and services are expected to continue on this same trajectory for several years after 2021 and should contribute significantly to the rebalancing of the U.S.-China trade relationship, the USTR added.

“Importantly, the agreement establishes a strong dispute resolution system that ensures prompt and effective implementation and enforcement. The United States has agreed to modify its Section 301 tariff actions in a significant way.”

According to media reports, President Donald Trump described the agreement as an “amazing deal for all,”and noted that China had agreed to “many structural changes and massive purchases” of “agricultural product, energy, manufactured goods, plus much more.” He said the 25% tariffs would remain and previous 15% tariffs would be halved to 7.5%.

Trump also confirmed that a new round of tariffs planned for 15 December on goods including laptops, toys and video games would not go ahead “because of the fact that we made the deal.”

He added that negotiations on a 'phase two' deal would begin “immediately, rather than waiting until after the 2020 election.”

Interviewed by Lloyds List on the likely impact of a 'phase one' agreement on container shipping, before it was officially announced,  Alphaliner’s executive consultant, Tan Hua Joo, said he expected a limited short-term impact, even if the trade deal is signed.

This is because US box imports over the past two months indicate no significant tariff-led rush orders, a sharp contrast to the year-ago period. In his view, the latest rebound on transpacific trade this month is more driven by demand in relation to the Chinese New Year and the upcoming 2020 sulphur rules, which will drive up shipping costs.
“The strong volumes should continue in January for the pre-lunar new year shipments, but both carriers and shippers are expecting a big drop in volumes post lunar new year,” Mr Tan said.

The longer-term picture remains obscure. The tariff cut could help China win back some of the exports lost to other countries, such as Vietnam, but there is a big question mark about whether overall transpacific volume will enjoy a boost next year.

“This will be driven more by the strength of the US economy,” he added.

Nevertheless, some economists have already prepared to tune up their forecasts on the positive news from Washington.

Also interviewed by Lloyd's List, ahead of the “phase one” deal announcement  wasTom Rogers, head of macro consulting Asia at Oxford Economics,  who reckoned that if it did materialise, it would raise the US GPD growth next year by 0.2 percentage points.

The organisation was also likely to revise up its forecast on China’s growth in 2020 by 0.3 percentage points, he said, although this view was partially backed by improved data in recent months.

“So the deal will boost confidence, and have positive impacts via lower prices for consumers and businesses who want to import goods that would otherwise have had higher tariffs,” said Mr Rogers.

However, he argued that a rally on bilateral US-China containerised trade was unlikely to be a near-term event. This partly because the limited trade agreement is hardly enough to deter the ongoing manufacturing migration in China.

“The deal is one step of many that would need to be taken to resolve China-US tensions on a durable basis, so supply chain relocations, which have occurred as a result of the tensions, are unlikely to be reversed because of this one specific agreement.”

Mr Rogers also warned of “the risk of a re-escalation” because the deal does not address the key issues that so irked the US administration (technology, national security, and industrial policy) and which fundamentally led to the Sino-US economic dispute.