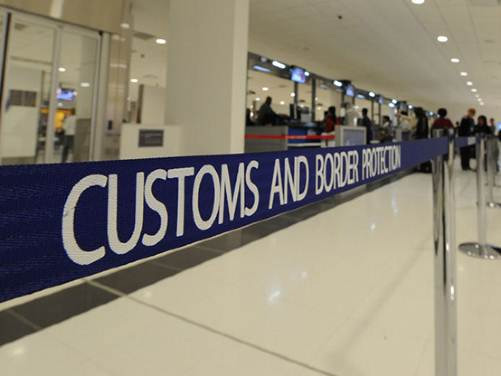 The UK government has outlined a series of new customs and border arrangements for 2021, in which it has committed to a three-phase introduction of a series of changes for goods imported from the European Union (EU), to building new border facilities for carrying out required checks, and to providing targeted support to ports to build new infrastructure.

The UK government acknowledged that its previously announced plan to implement full border controls from 1 January on imports coming into GB from the EU was unrealistic, especially given the additional challenges presented by the Covid-19 pandemic, noting: “Recognising the impact of coronavirus on businesses’ ability to prepare, and following the announcement in February that the UK would implement full border controls on imports coming into GB (Great Britain) from the EU, the UK has taken the decision to introduce the new border controls in three stages up until 1 July 2021. This flexible and pragmatic approach will give industry extra time to make necessary arrangements.”

From January 2021, traders importing standard goods will need to prepare for basic customs requirements and will have up to six months to submit customs declarations to UK customs agency HMRC.

“While tariffs will need to be paid on all imports from Day One, payments can be deferred until the customs declaration has been made, giving traders time to adjust to the new requirements,” the UK government said. Safety and Security declarations will not be required for six months for all goods. Traders will, however, need to consider some other processes, such as how they will account for import VAT.

However, traders moving controlled goods such as tobacco and toxic chemicals into GB will be required to complete a full customs declaration when the goods enter GB, in line with the requirements for goods moving into GB from the Rest of the World.

All traders importing live animals and high-risk plants and plant products will be required to have pre-notification and health documentation from the outset. Imports of high-risk animal by-products (ABP) will also need pre-notification. Documentary checks will be carried out remotely, and physical checks of high-risk goods will take place at destination or other authorised premises.

From April 2021, all products of animal origin (POAO) – for example meat, pet food, honey, milk or egg products – and all regulated plants and plant products will also require pre-notification and the relevant health documentation.

And from July 2021, traders moving all goods will have to make full declarations and pay tariffs at the point of importation. Full Safety and Security declarations will be introduced, while for Sanitary and Phytosanitary (SPS) commodities, there will be an increase in physical checks and the taking of samples: checks for animals, plants and their products will now take place at GB Border Control Posts.

The announcement followed Friday’s meeting of the Withdrawal Agreement Joint Committee – the last formal moment to agree an extension to the Transition Period – at which the UK government confirmed that no such extension would be sought.

As reported separately , a new ￡50 million support package was also announced aiming “to boost the capacity of the customs intermediary sector – including customs brokers, freight forwarders and express parcel operators – providing businesses with further support ahead of the new processes taking effect in July 2021”. This funding is intended to “support intermediaries with recruitment, training and supplying IT equipment to help handle customs declarations”, bringing the total government funding “to grow the customs intermediary sector to encompass EU trade after 2020” to ￡84 million.

Additionally, the UK government also committed on Friday “to building new border facilities in GB for carrying out required checks, such as customs compliance, transit, and Sanitary and Phytosanitary (SPS) checks, as well as providing targeted support to ports to build new infrastructure.

“Where there is no space at ports for new infrastructure, the government will build new inland sites where these checks and other activities will take place. The government is consulting with ports across the UK to agree what infrastructure is required.”

The government minister in charge of the UK’s Brexit arrangements, Michael Gove, Chancellor of the Duchy of Lancaster, said the announcements were “an important step towards getting the country ready for the end of the Transition Period, but there is still more work to be done by both government and industry to ensure we are ready to seize the opportunities of being a fully independent United Kingdom”.

Representatives from the Freight Transport Association and the Road Haulage Association welcomed the announcements, which followed consultations with the freight transport sector.

Elizabeth de Jong, policy director at the Freight Transport Association (FTA), welcomed “the measures announced by the UK government to stage the introduction of new trading arrangements between the EU and UK in the first six months after the Transition Period. They have listened to our concerns and made allowances to enable our sector to recover from the COVID-19 pandemic and plan effectively so that we can continue to trade effectively with Europe.”

Richard Burnett, chief executive of the Road Haulage Association (RHA) commented: “This is very welcome news and we are pleased the Government has taken a sensible and pragmatic approach to the problem after listening to stakeholders such as the RHA.”

The UK government said it “will continue to work closely with the border industry on these new procedures as well as other sector priorities. A border operating model will be published in July 2020.”

Although both the FTA and RHA expressed relief about the decision to phase in the introduction of new trading arrangements between the EU and UK in the first six months after the Transition Period, both organisations have expressed concerns about whether the arrangements would be reciprocated by the EU.

The RHA’s Burnett said that unless the arrangements are reciprocated by the EU, the UK’s solutions would only solve half of the problem and “all the issues surrounding customs agents and preparing British business for export still stand”. The FTA also acknowledged to Lloyd’s Loading List that a more relaxed approach to from the UK to border checks, if applied a unilaterally, would only solve half of the problem, and that goods flowing to the EU from the UK would still face full checks as they enter EU countries, unless the initiatives were reciprocated by Brussels.

An FTA spokesperson told Lloyd’s Loading List: “We can’t control what happens on the EU side of the border but we are hopeful that the EU will mirror the UK’s pragmatic approach to the borders to allow trade to continue to flow freely. This will obviously be a key part of the negotiations between the two sides as talks progress over the next few months, and we are hopeful that the UK will prioritise these issues with their EU counterparts.”

Commenting more widely on the package of unilateral measures announced by the Cabinet Office on Friday, the FTA said the new initiatives “will provide some certainty to the UK’s logistics operators, who are currently facing the unprecedented challenges posed by the COVID-19 pandemic”, stressing that the FTA was “the first business group to voice its concerns over the lack of time and clarity available to them in planning for the UK’s departure from the EU and specifically ask for an implementation period”.

Alex Veitch, head of international policy at FTA, commented: “Government has listened to our concerns and made allowances to enable our sector to recover from the COVID-19 pandemic and plan effectively and in good time for a new trading relationship with Europe and will come as a huge relief to the 200,000 or so companies whose businesses are based on access to the EU market. They will now have time to learn and adapt to new procedures.

“As a sector, logistics has been fully focused over the past few months on ensuring that the UK’s economy has been supplied with all the items it needs to cope with the unprecedented challenge of COVID-19. FTA wrote to Michael Gove in March and again in June to express our concerns over the number of issues which remain to be resolved to ease the UK’s trading departure from the EU and it is encouraging that he has recognised our concerns and acted to mitigate them.

“Of course, there is still much to be agreed, both from a UK and EU point of view, as we leave the European Union.  The proposal is measured and balanced, so that logistics businesses will not feel the full shock of a sudden cut-off at the end of 2020.”

“We are grateful to government for listening to the concerns of the industry and look forward to working with them over the coming months to agree the detail of the processes which will be used to keep the UK trading from 1 January 2021. Our flexible, highly skilled sector stands ready to make a success of Brexit and today’s announcement has provided more clarity. We now urge negotiators on both sides of the table to progress towards a Free Trade Agreement to complement the measures announced today.”