MSC has announced that it will suspend some of its Asia-North America (US and Canada) routes in the week 9 from March 1 due to reduced demand following the Chinese New Year holiday.Hapag-Lloyd,CGA CGM receive new surchargesa 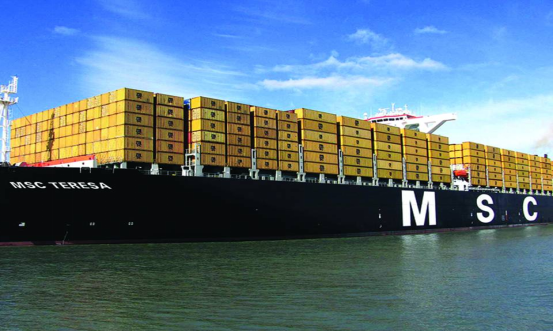 MSC has announced that it will suspend some of its Asia-North America (US and Canada) routes in the week 9 from March 1 due to reduced demand following the Chinese New Year holiday.

According to the announcement, the following flights between Asia and North America (US and Canada) will be suspended:

Flight UX113R will leave Auckland on March 22nd, and the port of call is

Flight UK111A leaving Yantian on March 18th, the port of call is 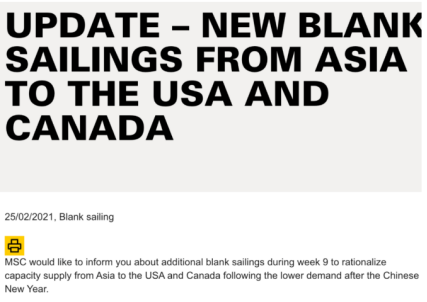 In response to recent market changes and to ease congestion at ports in the West and the United States, two liner companies, Hapag-Lloyd and CMA CGM, have announced that they will impose new surcharges on trans-Pacific routes starting from late February.

Hapag-Lloyd announced that starting March 15, it will implement $100 /TEU, $200 /FEU for all types of containers, including dry containers, freezers, storage tanks and open top containers, on its East Asia to the United States and Canada voyage.

Also, Hapag-Lloyd will implement a Peak Season Surcharge (PSS) for all container types from South Europe to East Africa (Kenya and Tanzania).Effective March 15, 2021 and it will charge $175 per container

CMA CGM announced that because of the current shortage of reefers, it will add Empty Equipment Imbalance Surcharge from the West Coast of the United States (Seattle and Tacoma) to all destinations in the world.

The new surcharge plan, which will take effect on March 1, will impose a surcharge of $650 per refrigerated container, except for the refrigerated shipper's own container (SOC).