European air freight road feeder specialist Wallenborn says demand for protective equipment from China may even be growing, linked to the deployment of ‘preighters’ and requirements for people to wear masks in public places 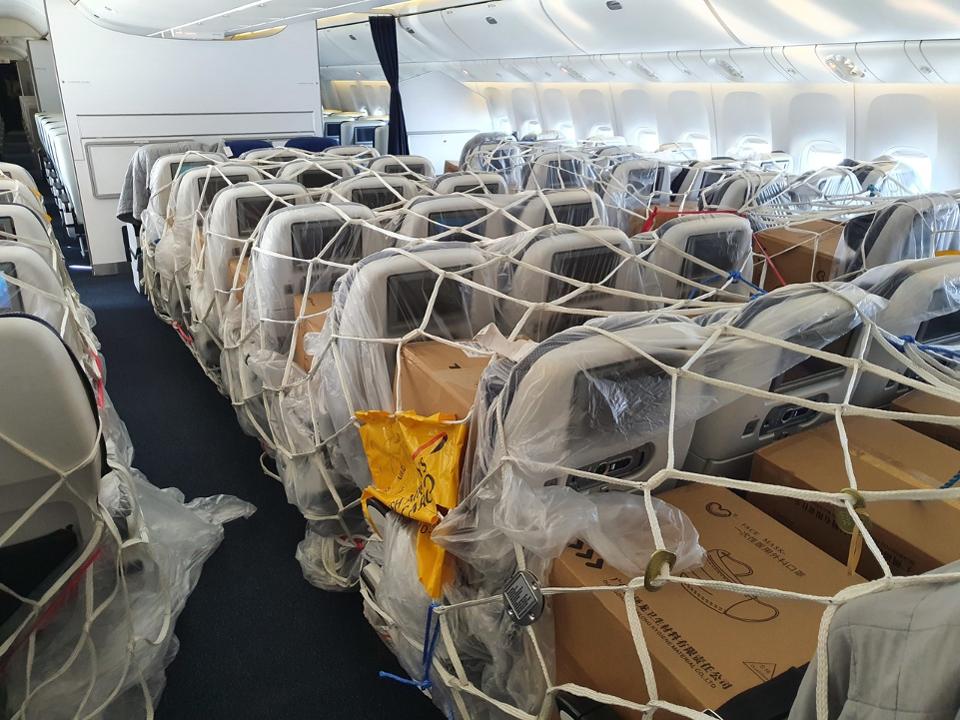 Road haulier Wallenborn Transports, whose core business is in the European air cargo road feeder services (RFS) segment, is seeing no signs of an easing in the very strong demand into Europe from China of PPE and other medical supplies, carried by both scheduled and charter flights.

“This is not unexpected as lockdowns are easing and people in many countries now must wear masks at work, on public transport and when shopping. Most pharma exports from China are APIs that are processed in India and other countries and we’re not seeing a big increase in pharma volumes from China.

Commenting on the capacity situation, Breakwell noted: “Supply is becoming more closely aligned with demand, but many parts of Europe are still under-served by direct flights and require more RFS than in normal conditions.”

He confirmed reports of congestion at certain airports, because of a lack of available storage capacity, highlighting that many handling operators were caught out in the second half of April – “not only because volumes were higher than expected, but also due to higher piece counts, longer storage times, and poorly packaged shipments. Handlers are bringing staff back from furlough and re-opening or adding handling and storage capacity.”

While the virus has wreaked havoc on global supply chains and triggered a serious shortage of global bellycargo capacity as airlines worldwide withdrew passenger services, the first four months of the year have turned out reasonably well for Wallenborn, and this has continued into May.

“In terms of volumes, we’re slightly ahead of last year and broadly in line with expectations, although there were several unexpected factors such as the slump in exports from China in February and the very high demand for (RFS) connections from and to freighters since mid-March. It’s become clear May is as busy as the last two months. Still plenty of charters, more and more ‘preighters’ and output in most European countries is increasing,” Breakwell added.

According to freight forwarder Agility, the latest figures from consultant Seabury indicate that global air cargo capacity was 25% below levels for the same week in 2019, with transpacific air cargo capacity now up 9% to 18% compared with last year, and Asia Pacific-Europe capacity returned nearly to 2019 capacity levels. Transatlantic capacity was down more than 50% from 2019 levels.

Global widebody belly capacity is down 78% from 2019 levels but has increased 30% in the past two weeks, with freighter capacity is 28% ahead of 2019 levels, Seabury says.

It said belly capacity from China was “rebounding, and freighter capacity is showing large week-to-week gains”, noting that Boeing 777 and 787, and Airbus 330 are the aircraft deployed most for passenger freighters, according to Seabury.

Some forwarders and charter brokers also believe that the strong flow of PPE and medical equipment, particularly from China, is likely to continue for at least another two or three months.

Chapman Freeborn’s head of cargo, Pierre Van Der Stichele, last week told Lloyd’s Loading List that so far it had mainly only been hospitals and ‘essential’ workers are starting to receive sufficient levels of protective supplies, noting that the general public would need to have access to their own PPE as the general lockdown is progressively lifted, creating even greater demand.

UK freight forwarder Norman Global Logistics it seemed that UK hospitals and care workers were just starting to receive their supplies and inventory for a potential second wave of infections in which the PPE will be required, meaning that demand is almost entirely undiminished. The company said it has been importing and distributing millions of PPE units from China and the United States, using a mix of freighters, charters – “and latterly passenger belly-hold capacity, as a result of the growing number of passenger aircraft that have been converted to all-cargo mode cargo”.

It said air freight rates, “which spiked massively as governments vied for urgent PPE stocks, encouraging some shippers to use our sea-air and rail services, may finally be plateauing, as the new PAX capacity comes on stream”. It said even with the added PAX belly-hold, “PPE demand and limited capacity will keep air cargo rates high for some time, but we are hopeful that they will level off in the days and weeks ahead”.

DSV Belgium this week reported that it has now shipped and handled more than 100 million face masks as part of its efforts to support customers shipping PPE. Using “a combined network of own flights, charters or part charters and our strong relationship with commercial airlines”, the company said it had “designed a reliable solution at fair market prices to support our customers and governmental authorities. In collaboration with the handling agents at different airports such as Brussels, Liege and Luxembourg, we process material as efficient and fast as possible and offer supplementary services to our customers.”

Christophe Eulaerts, sales director of DSV BELUX, commented: “When the COVID-19 crisis started, we noticed that a lot of our customers had issues to get orders confirmed and released by the Chinese authorities in order to connect on the booked flights, which often resulted in extra costs as deadlines were not kept. By offering our support on the coordination, we managed to align supply chains to actual flight schedules and have the most efficient result.

“Our sales team is becoming an expert in every mouth mask producing country and we always stick to our blueprint as it’s a proven concept for success.”