Air freight revenues increased 20% in first half of 2020

Worldwide volumes contracted by more than 18% in H1, while the average prices rose by 48%, WorldACD reports, although pricing in June was down 21% compared with May 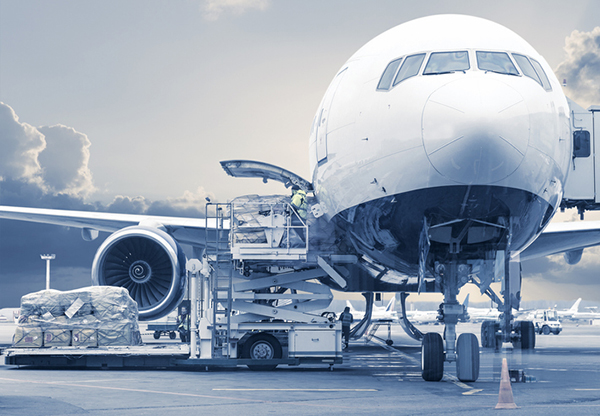 Alongside the massive disruptions in air freight capacity and demand, including dramatic drops in volumes, air freight revenues increased by around 20% in the first half of 2020 (H1-2020), new figures from WorldACD Market Data indicate.

Although worldwide air freight volumes contracted, year on year (YoY) by more than 18% in H1-2020, revenue in US$ terms increased by almost 21%, WorldACD said, “thanks to the capacity shortage as from mid-March”.

With almost all of the many airlines that participate in WorldACD having reported their full figures through June, the data specialist said that in terms of volume, the origin regions Middle East & South Asia (MESA) and Europe suffered most, with declines of 32% and 22%, respectively. In terms of incoming traffic, Asia Pacific and Europe each lost 16%, YoY, while other regions lost even more.

Meanwhile, the average price of transporting one kilogramme by air rose by 48% worldwide, WorldACD said. The increase was largest from Asia Pacific (+76%) and smallest from Latin America (+10%).

The YoY volume decline in H-1 was smallest in business originating in the Asia Pacific region. Volumes from this region to Europe (-6%) and North America  (-11%) were hit much less than volumes to regions such as MESA (-15%).

And thanks to the demand for Personal Protection Equipment (PPE), China did not show any decrease in volume YoY and remained flat. But the transport of these PPE goods “did not come cheap”, WorldACD noted. “Air cargo charges from China rose by an incredible 136% compared to the first half of 2019.”

Meanwhile, other commodities and verticals suffered to varying extents from the disruptions to either demand or capacity. “As large parts of the world were in turmoil, demand for flowers fell less than average (-16%),” WorldACD noted. “The volume of high tech and other vulnerable goods dropped by 6% only, whilst the transport of pharmaceuticals, the evergreen in air cargo, grew by 8%, YoY.”

Looking at month-on-month (MoM) developments from May to June, WorldACD noted worldwide volumes increase by almost 3.5%. Coupled with a decrease in US yields of 21%, this resulted in a MoM revenue decrease for airlines of 19%, measured in US$.

“In other words, the extreme results of April and May (great volume loss coupled with a large revenue increase) diminished somewhat,” WorldACD said. “However, the sector is still far from what it used to be, as June worldwide showed a YoY volume decrease of 20% and a yield increase of 76%.”

It noted that the first weeks of July “do not seem to change the present picture very much” compared to June, with yields not yet returned to pre-COVID-levels.

“Based on the largest set of market data inputs available in air cargo, we make the very provisional statement that worldwide yields dropped by no more than 2.4% from the last week of June through the first two weeks of July,” WorldACD said. Average rates from Asia Pacific fell by around 4% and from MESA by 3%.

“And weekly volumes were lower by mid-July than two weeks before,” the organisation pointed out.

But it said a word of caution is called for when looking at data from the most recent weeks, adding: “Understandably – given the high market volatility – we have recently seen a flurry of weekly air cargo figures being reported. At WorldACD, we have learned over many years that part of the data on air cargo transactions are subject to some degree of correction when data for the full month are assembled and finalised. Data may also be based on too small a sample to be truly representative, or may be just anecdotal evidence.”

As WorldACD’s commercial director Ken de Witt Hamer puts it: “Every data provider, WorldACD included, should be careful with weekly data. They are potentially interesting indications of market movements, but they can only be more than that if based on a robust set of final transactional data. Of course, it is up to data consumers to assess their value, to separate the wheat from the chaff, so to speak.”

Commenting more widely on the first six months of 2020, WorldACD described the period as “the craziest half year in air cargo”, noting:  “Since the start of COVID-19, the nature of air cargo developments has changed dramatically. All sorts of changes, unheard of up until 2020, could be seen in the past four months.

“We have reported on the market meltdown. We have noted the dramatic drops in capacity. We have shown the enormous impact on air cargo cost of the sudden need for goods, essential for combating the virus.

“We have seen weekly changes hitherto unknown (in capacity, in load factors, in ‘new’ aircraft types, in airline yields, etc.). Today, we can provide the picture on the first half of the year, thanks to the fact that almost all airlines in WorldACD have reported to us their full figures through June.”