New York, New Jersey and Philadelphia have declared states of emergency as severe snowstorms swept across the northeastern United States on February 1. A record 40 container ships docked in San Pedro Bay on Feb.1.

New York, New Jersey and Philadelphia have declared states of emergency as severe snowstorms swept across the northeastern United States on February 1, shutting down land and air transportation. 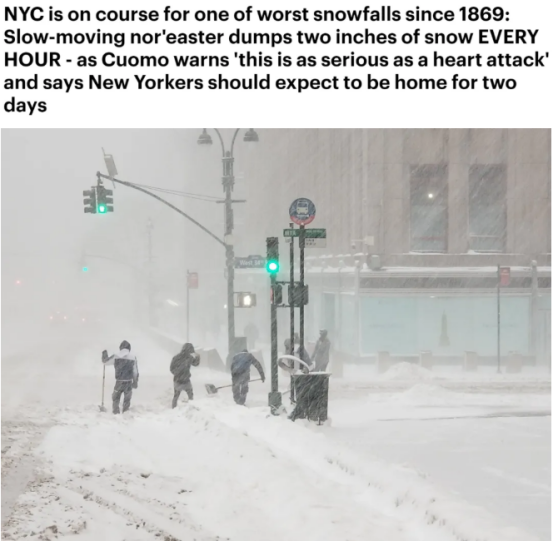 During the snowstorm,visibility will be poor, many roads will be nearly impossible and transportation in and around New York City will be shut down.

It is reported that due to the heavy snow and bad weather, the wharf road is closed until Tuesday, now may be extended, which will affect the pickup and return of containers.Trucks can't pick up the goods, the warehouse isn't open, and there will be delays for all cabinets operating in the warehouse. 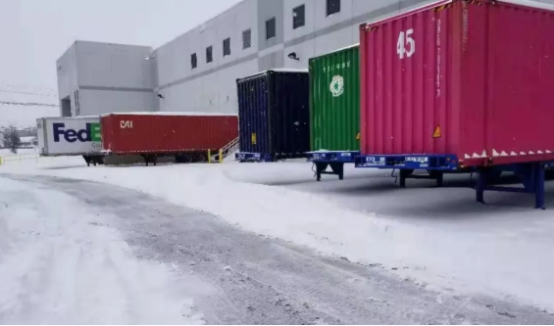 Maher Terminal, the largest container terminal in the Port of New York and New Jersey, will cease operations Feb. 3 due to severe winter storms, according to a bulletin from the terminal and its empty warehouses.

In addition, normal gate operations will resume at 6 a.m. on Thursday, 4 February.

Also, Maher Wharf will be open on Saturday, February 6 and Sunday, February 7 to receive imported dry cargo and empty containers.

A record 40 container ships docked in San Pedro Bay on Feb.1. With major shipping companies cancelling many trips this month due to tight port supplies, more capacity will be pushed into the months after the Lunar New Year, and congestion is expected to last at least until mid-to-late February.

As foreign media reported, as more and more container ships arrive and there is a serious shortage of berths waiting at the anchorage.The volume of containers in the Asian-US trans-Pacific trade has reached its limit, Massive port congestion at the ports of Los Angeles and Long Beach is forcing carriers to take drastic measures.

Combined with the high number of Los Angeles/Long Beach longshore workers infected with Covid-19, which has increased to 803 and reduced the number of longshore workers, the double blow has left San Pedro Bay even more congested.