A Maersk Line containership has lost hundreds of containers overboard while en route from China to Los Angeles, the latest in series of container loss incidents to hit the trans-pacific trade.

Following the January 16, MAERSK "MAERSK essen-based" number in the en route from Xiamen to Los Angeles when bad weather led to about 750 containers fell down and some collapsed after the container is damaged. UTC time on February 16, MAERSK capacity of 13100 teu called "MAERSK EINDHOVEN", experienced an engine failure in severe weather off the coast of Japan, resulting in a number of containers being lost overboard.

The company’s partner in the MSC reports that preliminary information from Maersk indicates that “several hundred containers have been overboard”. 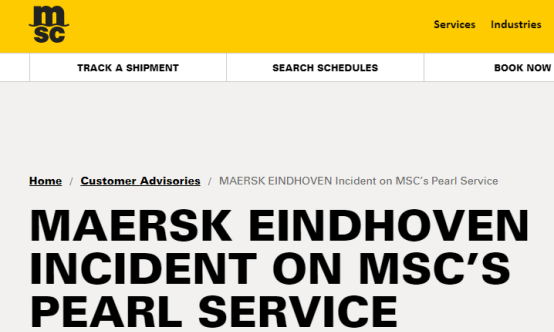 An update from Maersk said the ship lost 260 containers overboard.

Maersk Eindhoven’s crew is reported safe and power has been restored to the vessel. Meanwhile, Maersk said it is working to make arrangements for the vessel to return to a port in Asia, the details of which are yet to be determined, including timing and location. 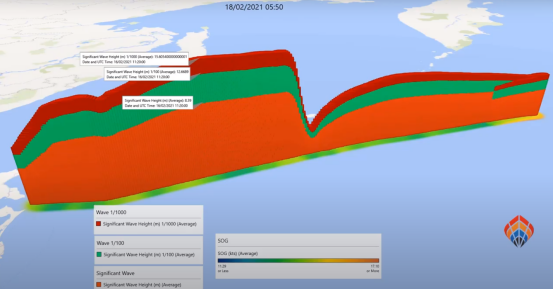 Marine market analyst, Henry Byers said: "If Xiamen is the ship's last port of call in China, most of the lost containers are likely to have come from that port, as they are likely to be on top of the container stack.So of all the importers, based on the amount of cargo they could carry, the most likely loss of cargo on board would be ADIDAS and IKEA."